Economic Impact of COVID 19 Pandemic on Vascular Surgeons in India: A summary

HomeResearch and ArticlesEconomic Impact of COVID 19 Pandemic on Vascular Surgeons in India: A summary

Economic Impact of COVID 19 Pandemic on Vascular Surgeons in India: A summary 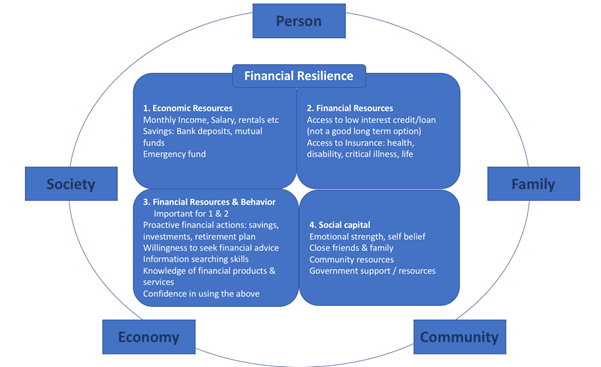 In order to contain the spread of the disease, policy makers in India have taken the unprecedented steps of a national lockdown for 55 days with the aim of slowing the pandemic and reducing the burden on healthcare infrastructure. However, it has also resulted in a negative economic impact across most industries and businesses. Healthcare services are being restructured to cater to the needs of rising COVID 19 patients.  Some specialities like medicine, intensive care and radiology are struggling to cope with the increasing number of COVID 19 patients while surgical specialities have taken a big hit due to the fear of intra operative viral transmission risk, procedural prioritisation, restricted access and staffing issues.

A questionnaire consisting of 15 questions was created using Google form and circulated through email and Whatsapp groups dedicated to vascular surgeons in practice and/or training in India.  The questions were designed to capture the views of vascular surgeons on the economic impact of COVID 19 on them.  Data was analysed using descriptive statistics.

Out of the 600 registered members of the Vascular Society of India, approximately 400 members are thought to be currently practicing or in training in India. 184 out of the 400 members (46%) completed the online questionnaire.  Over 90% of respondents were below 60 years of age.  91.8% were males.  182 participants responded to the question regarding place of work: 34 in government service, 89 in private sector on salary basis and 59 in private sector as fee for service. Little less than 15% were trainees.

More than 70% of respondents reported a negative impact on their monthly income ranging from 10-90% and they also believed that the negative impact will continue for a few more months. A key finding and a major point of concern is that nearly 70% stated that they rely completely on professional income. Only 41 respondents (22%) confirmed that they have definitive alternate sources of income that included pension, other household member/s income (wife/husband/parents), dividends from mutual funds and shares, rental income and income from alternative/family business such as agriculture.

Even more telling is the response from more than 80% that they are not aware of the methods to deal with the economic fallout and have thus not taken any preventive or remedial measures. Only 15% of respondents said that they had taken definitive measures to deal with the situation. Measures such as reducing fees to attract patients, video consultation, reducing personal and institutional expenditure, redeeming mutual funds and practising general surgery might be beneficial in the short term but may not be sustainable in the long run. Resuming elective surgery remains a major challenge.

A good number of suggestions came from the survey as to how the professionals could deal with the economic impact. These suggestions are relevant in building financial resilience for Vascular Surgeons and include having adequate liquid cash, financial planning, business insurance, insurance of loans, health and life insurance, diversified investments, alternative sources of income, reduced tax rates, government support and avoiding new loans.

Resilience is “a dynamic process wherein individuals display positive adaptation despite the experiences of significant adversity or trauma”.  Relevant to our study, an individual’s financial resilience can be described as “the ability to withstand life events that impact one’s income and/or assets. Financial resilience is a multidimensional concept and can be conceptualised across four components viz. economic resources, financial resources, financial knowledge and behaviour and social capital (see figure)

Conclusion:  The current survey highlights the vulnerability of Indian vascular surgeons to unexpected financial crises both at an individual and community level. The study shows that COVID 19 pandemic has had a significant negative economic impact on majority of the vascular surgeons practicing in India. For many vascular surgeons their professional income is the only source of income and disruption to surgical services in this pandemic has caused 50% or more reduction in their income. Majority of them think that there will be further negative economic impact on them but have not taken any major steps to prevent or overcome future crisis. Skills and knowledge about financial resilience and risk management is the need of the hour.